We are happy to announce that SimpleLogin Android & iOS apps are now available, big thanks to Thanh-Nhon, our mobile guy!

You can install the app on the Play Store or F-Droid or App Store. 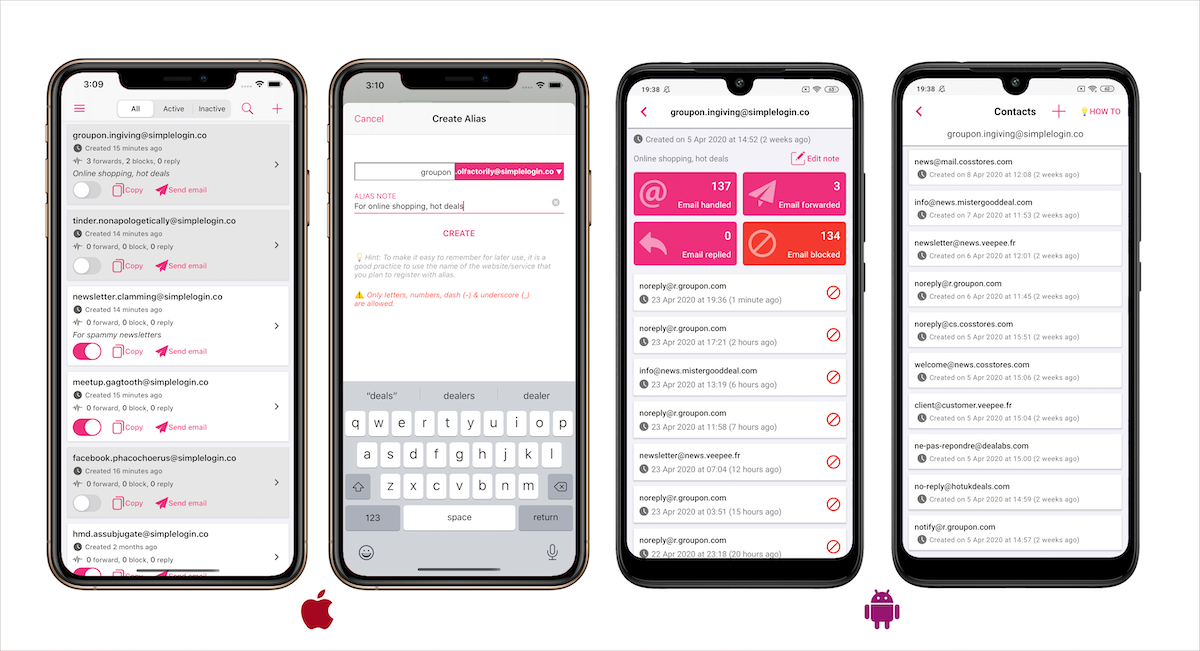 With the release of mobile apps, SimpleLogin now covers most major platforms:

This mobile-first version doesn’t have all features as on the web app but it’s quickly catching up, stay tuned!

What happened on August 11 and what we've learned