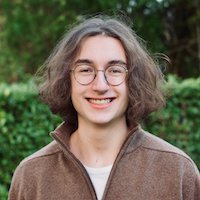 In this blog post, we will explore these three operating systems and see which one fits best according to your threat model.

You probably know 2 and maybe 3 OSes: Windows, MacOS and Linux (which is actually an ecosystem of operating systems).

Windows has the advantage of being accessible on affordable machines, unlike MacOS which you can only find on Apple computers. The problem with Windows is that the company behind it is at its core a data company. Using your data, Microsoft is able to design better and better products and services which they can monetize through their famous licenses.

Here are some of the privacy-related problems Windows 10 has:

If you still want to use Windows or if you don’t have the choice (for work for example), feel free to take a look at this tool which attempts to remove as much trackers as possible from Windows: https://github.com/bitlog2/DisableWinTracking (technical knowledge is required).

Apple products aren’t ideal in terms of privacy. They push their users to use Apple ID, which allows them to collect data using that unique identifier. Because of that, it is recommended to avoid using any Apple service, including the App Store. This will allow you to bypass the need for an Apple ID.

With the Apple ID on the side, MacOS is really great. It’s highly secure, at least compared to Windows. And Apple has every reason to protect your privacy as their brand is their most profitable asset. If it were to be revealed that Apple sells data about its users, their brand would immediately lose a lot of its potential and this would be reflected in the sales numbers of their products. Because of that, they have every reason to live up to what they are saying they do.

MacOS has the advantage of having a (warning: highly subjective topic) better user experience, generally speaking, than Windows. And in contrast with the latter, you can use virtual machines on MacOS to still have access to Windows. This isn’t doable (except if you are into “shady” things of course) on Windows as Apple doesn’t like that apparently.

To summarize, MacOS is great in terms of user experience and privacy if you don’t create an Apple ID. If you do, it’s not dramatic, but it makes your computer habits less private as Apple will be able to extract data from it.

The reason why so many Linux distributions exist is simply because the Linux community is driven by the love for open-source. This is also why Ubuntu and Debian (another distribution) are fairly similar, as Ubuntu is in fact based on Debian.

Linux requires some technical know-how, and compared to MacOS, it doesn’t just work out of the box. You will need to configure things, browse the internet to figure out why some app has a bug, etc. It’s definitely not a fitted for the average user. Additionally, while there are a lot of great open-source apps, the user experience can be a problem on Linux. Again, it doesn’t work out of the box like MacOS does.

Which one should you chose?

On the other side, technical knowledge is required for Linux. If you don’t know what the Terminal is, or how to use it, don’t even bother looking into it. As a former Linux user, I can guarantee you will be using it a lot (which isn’t necessarily a problem for most users).

Choosing which OS you are using is one of the most important steps in your quest to living a more private digital life, aside from the establishment of your threat model. Choose carefully, and above all, enjoy. The need for privacy shouldn’t limit your passions and interests, after all.

Threat Models: How to Establish One to Protect Your Privacy